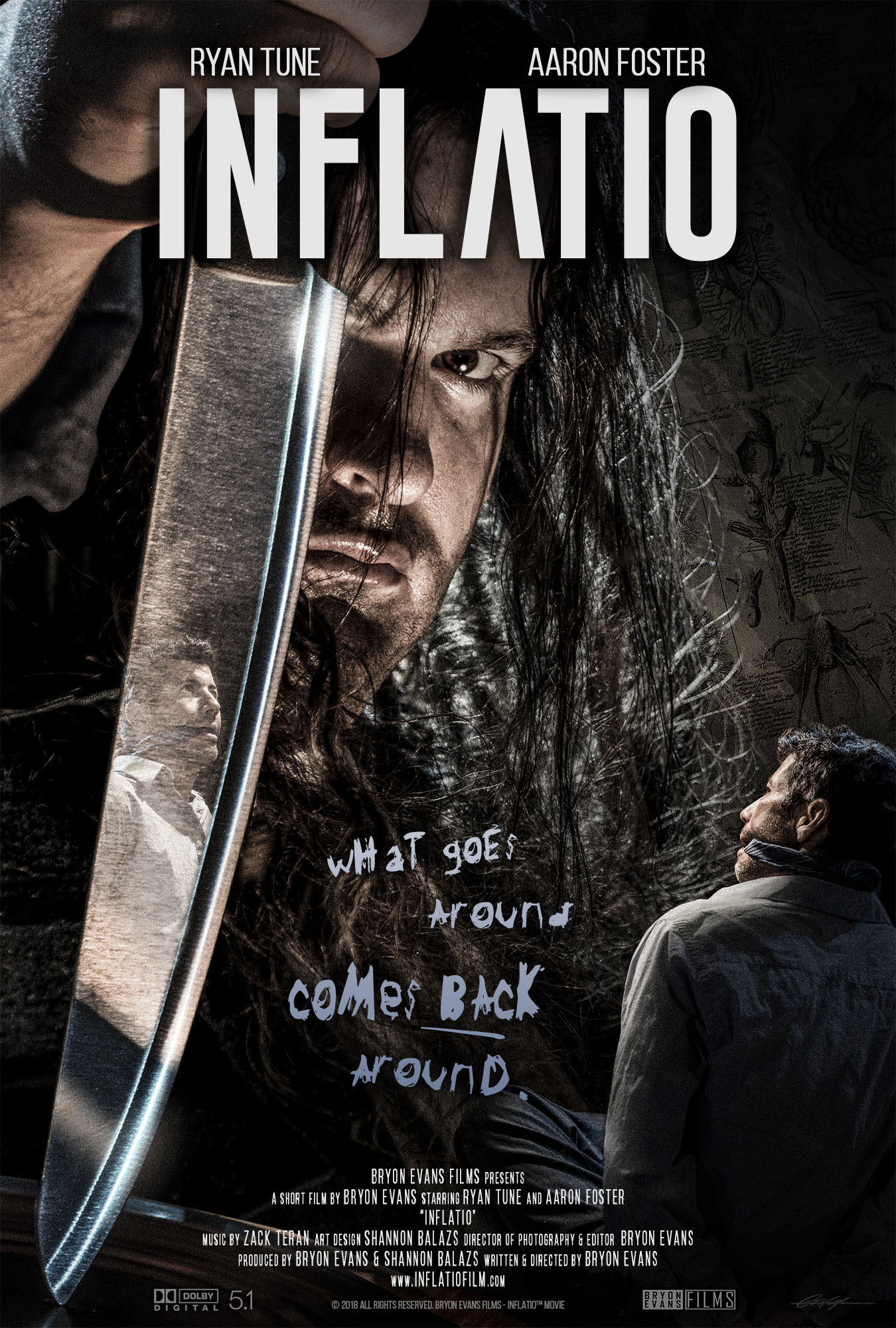 A man awakens to find himself kidnapped, bound and gagged by a mysterious captor. Over the course of the night he will discover the true meaning of his abductor’s intentions.

Inflatio is a dark thriller fueled by revenge. Heavily influenced by the look of the film “Seven”, it was designed to be an exercise in tension building and audience reaction.

The film features gritty production design, stylish cinematography, sharp acting with tension and emotion, along with an original score and sound design. With an ending that no one can expect, Inflatio does what it was designed to do: Entertain!

“Inflatio was rightfully the winner of Best Horror Comedy Short. This is a very slow burn that culminates into an uproarious ending that this writer cannot divulge.  However, I CAN say that Bryon Evans earned a true fan with his creative approach to juvenile humor.”
– Rebecca Rinehart
www.POPHORROR.com

“The climax of this short film presents a great twist and is nothing short of hysterical, completely worthy of the award it received.”
– Tony Wash
www.BloodyDisgusting.com

Behind the beans: the making of inflatio BEHIND THE SCENES FEATURETTE OF HOW THE FILM CAME TO LIFE. RUNTIME: 12 MINS

Behind the Scenes Stills

Posing for a moment between setups.

Art design before and after examples.